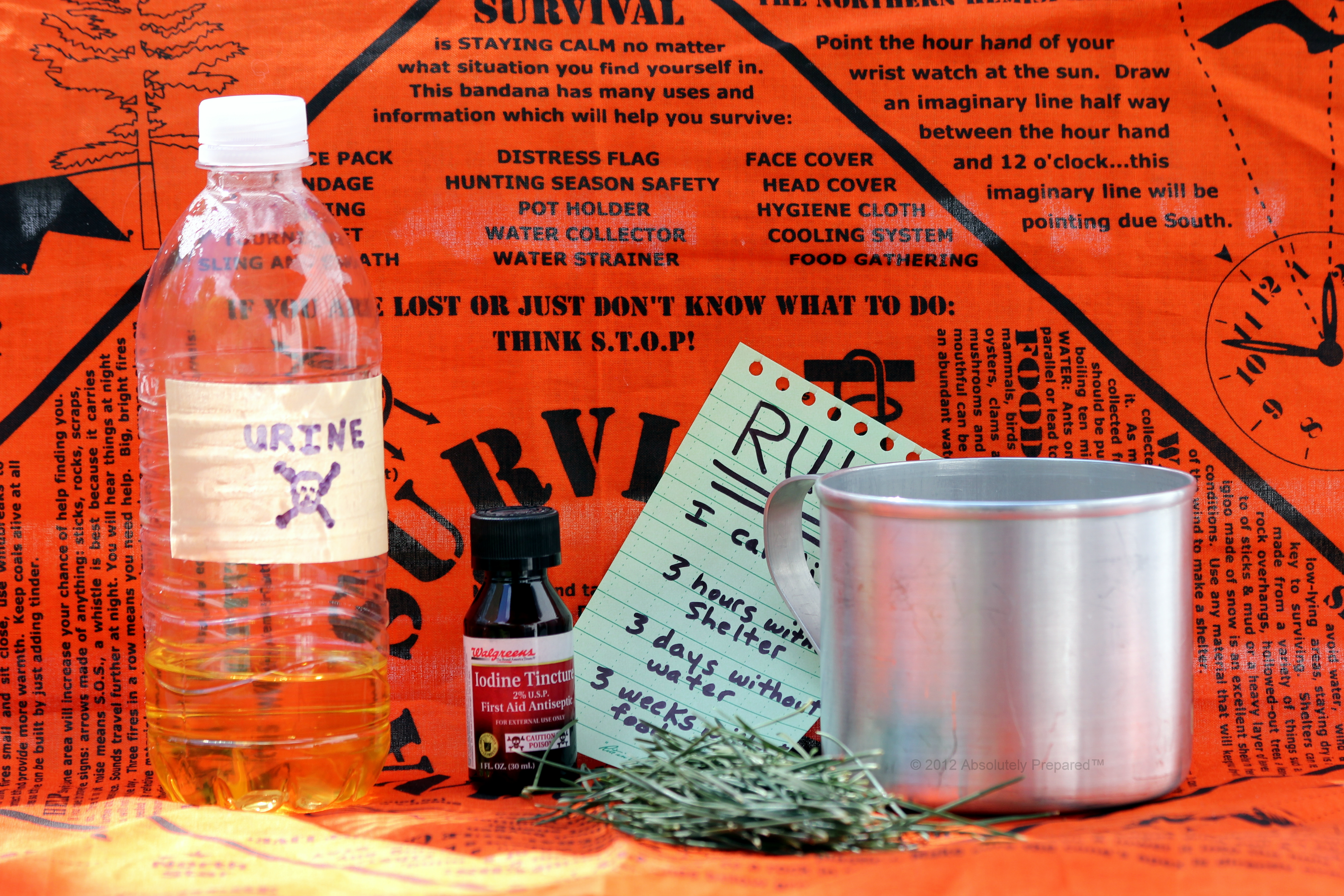 Survival is an increasingly popular subject on the net and television.  Part of what it makes it such a hot topic has to do with the intense coverage of the calamities taking place around the world and the universally held desire to survive (live).

Information abounds.  There are thousands of websites (by the way, welcome to this one), forests of books, petabytes of shared videos, and perennial seasons of “reality” television shows that are all vying to fulfill your survival wants and needs.

It can be quite laborious sifting through the abundance of information (or misinformation) to find practical advice and tips that are closely based on likely survival scenarios.

Unfortunately, much of the survival information floating around is recycled from old military survival manuals, passed down (apparently unquestioned) from antiquated traditions, or even clever gimmicks (e.g. chocolate bar and soda can firestarter) that produce oohs and aahs from novice audiences, though unlikely to play a viable role in a real survival situation.

A significant percentage of the troubles experienced in the wilderness involves getting lost or becoming injured.  Many of the scenes depicted on television are not likely to occur (e.g. sleeping inside of a large animal carcase, climbing down a waterfall, or raiding a beehive).

Likewise, most people who become lost or injured simply want to get home – not build an elaborate shelter or sip pine needle tea to stave off a feared (future) vitamin C deficiency. These people are not necessarily paramilitary gurus or practicing survivalists.  They are soccer moms, birdwatchers, day hikers, mushroom pickers, and families driving over the hills and through the woods to grandmother’s house.

This article (planned series) will address some of the popular survival (mis)information that ranges from simple misunderstandings to dangerous mistakes.

What follows is personal opinion and commentary regarding some of the survival teachings that are currently being taught that this instructor believes to warrant respectful confutation.

The “Rule of 3s” is perhaps one of the most persistently-taught survival doctrines.  The short version of this rule states that one can live 3 hours without shelter, 3 days without water, and 3 weeks without food.

Be certain that there’s nothing magical or universally precise about the number 3 when it’s applied to survival.  It’s simply a device that has been used to make some information easier to remember.  There’s nothing wrong with that, except when the device/information is (often) inaccurate.

This is much too serious of a topic to use such a teaching gimmick.  This isn’t about memorization or passing an academic test – it’s about life and death.

The teaching of the Rule of 3s is likely considered justified by believing that this rule is a good generalization, a probable average, or at least a way of presenting priorities.  However, the Rule of 3s can be seriously misleading and quite dangerous.

Using mechanisms like this to teach survival is absurd when factoring in that one may die in a matter of minutes from exposure, within hours from dehydration, and in some circumstances be severely afflicted or die within a few days without food. [The author understands that food is not the top priority in most, typical survival situations.]

It’s just as easy to teach this information with more accuracy, especially when given the advanced opportunity to instruct students on how to be prepared.  Why send people out thinking they can make it 3 days without water?  What good does it do, other than conform to the good ol’ rule? It may be true that those sitting on the couch can go 3 days without water, but terribly wrong for those hiking in hot weather.  It’s best to prepare for what could (and does) happen.

Consider the dangerous and typical survival scenarios that warrant immediate (not 3 hour later) shelter.  Study the cases in which others have dehydrated during enhanced activity and perished in far less than 3 days.  And understand the value of food for energy, body heat, and even personal comfort that is required long before 3 weeks is anywhere near approaching. [Keep in mind, survival isn’t exclusively about avoiding death. Averting serious injury is of vital importance too.]

An easy,  realistic way to teach this this subject is to state that one can die in a matter of minutes without shelter, hours without water, and days without food.  This is much more accurate than stating a specific number.

Knowledge over Gear – “The more you know, the less you need”

Another popular survival teaching is “the more you know, the less you need to carry.” It places the emphasis on knowledge rather than gear.

This teaching is a little more complicated to address without the possibility of being misunderstood or perhaps inadvertently mischaracterizing what some are teaching. Nonetheless, we proceed with care.

There’s more to survival than knowledge.  This teaching appears to be throwing the baby out with the bathwater.  Having knowledge and lacking the items to exercise that knowledge can be just as futile as having items and not knowing how to use them – or having the know-how without access to what’s needed to exercise it.

Survival situations are not always as neatly scripted as those on TV survival programs.  There’s a chance that a debilitating personal injury may be involved, making it impossible to build a shelter or construct fire making tools.  It may be personally fulfilling to use primitive tools and even rewarding to know how to make them as backup, but to be intentionally primitive minded when such things as lighters, survival blankets, and lightweight tarps exist could prove to be fatal.

Imagine a hiker falling into a ravine and breaking both legs the first day of a remote 3 day backpacking trip, and being unable to build a shelter or collect firewood.  Though the hiker has a substantial amount of primitive skills knowledge, it’s the items carried that will prove to be a lifesaver.  The knowledge remains important, but having access to tangible items is also crucial.

Don’t overlook one or emphasize one without the other.  Certainly there are cases when just knowledge or just gear will be the most useful in a particular situation, but this is not an absolute to gamble with.  Be prepared!

Gear and knowing how to use it is essential.  It’s smart to carry overnight gear (including all the essentials) even on a day hike. Many of the things that go wrong in the wilderness occur on day hikes.
Let’s face it, you need to use the knowledge at the time things actually go wrong, and when they do it’s unlikely to be as cooperative of a setting as a survival workshop or as presented on television.

Often the reason there’s a survival situation is due to debilitating injury.  Remember the more that fire is needed, the harder it may be to obtain. When you’re freezing, it’s not time to be looking for sticks to rub together.

How impractical would it be to search for materials to build a bow drill to light a cigarette for someone?  Now think about how much more absurd it would be to rely upon rubbing sticks together when fire is needed to save life!

People need to have the equipment (tangible and/or mental), experience (practice, wisdom), and education (know-how) to survive.

It’s great to know how to treat a serious illness, but it’s better to have what it takes to protect one’s self from acquiring the illness in the first place.

“An ounce of prevention is worth a pound of cure.”  Have what you need to use in (or to avoid an) emergency, and if that fails, fall back on the knowledge of how to make what you need.

This is about survival (life) not obtaining a merit badge for making a debris shelter.

Consider how much energy it will deplete to construct a shelter when it’s needed the most.  Think about all the spiders, snakes, scorpions, bees, and other pests and problems that can lurk in the wilderness debris being gathered.  Don’t forget to factor in the water loss from all the effort.

Learn all there is about primitive skills and improvising in the field.  But don’t intentionally leave survival equipment behind.

“It’s better to carry it in than to be carried out!” – Bernie Wild

This is likely one of the easiest misguided survival teachings to rebut.

It’s not advisable to rely on procuring water from cacti or solar stills.  In many cases, these are not likely to produce enough drinking water to sustain life.  A solar stills often require more bodily water expenditure than is gained from it.

There’s more to come in this series. Stay connected for more in the near future.

Bernie Wild is a general preparedness writer, speaker, instructor, and consultant. He’s passionate about sharing his ideas and experiences with others. He enjoys hiking, photography, and spending time with family and friends. Bernie may be reached through AbsolutelyPrepared.com.